It was a varied and busy month, with as an absolute highlight the two Too Many Zooz shows in the Melkweg (Amsterdam) and in Bird (Rotterdam). And because I’m apparently not a Fimble but a Teletubbie, I’ll be going to their show again, again next month in Ekko (Utrecht). There are still tickets available for that show!

On my Goodreads it says that I read one book this month, but it was a great one: Nadia de Vries’ debut collecction Dark Hour. You can read an interview with her here.

An interview with Jaime Nyx. Yes, the same Jaime Nyx I interviewed earlier this month. Jaime investst so much time, energy and enthousiasm in her work that she deserves at least two interviews a month!

Birds! (unfortunately only in Dutch, but the drawings are great). I realised that I don’t know anything about birds and it’s embarrassing. Not that I’m a bird specialist now, but at least I know the difference between “hoppy bird”, “water bird”, “one of those big black birds”.

An interview with Lena Salmi, a 64-year-old Finnish skateboarder. #goals like whoa.

Dutch article about the noise levels in the center of Amsterdam/a>. There’s a video that shows how bad it is, that is understandable even if you don’t speak Dutch. I thought I had an idea about how bad it was, but this is really unlivable.

When Dutch ‘directness’ hurts. English article about how Dutch “jokes” aren’t that funny when you’re an international student who’s on the receiving end of them, and how you’re considered a whiner with no sense of humor when you tell people you don’t enjoy any of it. As a person who spent her entire childhood/teenage years having to deal with discriminatory shitty “jokes” because of my heritage and who, as she got angry, was told that it was all “just a joke” and that “they didn’t mean it that way” and that I “shouldn’t exaggerate”, I am very happy that people are now finally speaking up about it. Here’s to hoping things will change eventually.

Why Reverse Racism Isn’t A Thing. An article that clearly explans whyy “reverse racism” is nonsense.

‘I wouldn’t want this for anybody’s daughter’: will #MeToo kill off the rock’n’roll groupie? Nuanced article about (very young) groupies, rockstars and the fact that we can’t keep ignoring this lingering feeling of “this is not ok”.

Grace Kelly (yes, that’s her real name) is not only an amazing saxophone player, but she’s also a phenomenal singer. She’s currently trying to gather funds to make a new album and posted an hour long studio session (with guests!) on Facebook: click!

Superfruit visual album. They made a video for every track of their Future Friends album – Beyoncé style. This album has been out for a while now, but I haven’t posted it here yet.

Pentatonix – Attention. Despite them being absolutely amazing singers, modern a capella always reminds me of this Ylvis video. But this song immediately made me go “Yesss!”

Francis and the Lights performed on Jimmy Fallon and rocked that performance so hard that I got all emotional ‘n stuff.

DIPSAUS is, according to their website, THE biweekly Dutch podcast for women of colour and everybody else that’s interested in a different voice.

A Therapist Walks Into a Bar is, according to their website a podcast in a narrative, conversational style that speaks to how messy, lonely, terrifying, and beautiful being human can be.

VPRO Cinema Podcast, a Dutch podcast presented by Jasper Tonnon and Stephanie Louwrier plus a weekly guest, is a conversation about movies, makers and genres.

Vet Gezellig in therapie! Alwin and Saske from YouTube chanel Vet Gezellig (roughly translated to “super awesome”) spent the month of March making videos about mental disorders. A wonderful series of vlogs, interviews and respectful conversations that show that mental problems are quite common, nothing to be ashamed of and treatable. Especially the interview they did with Anne about anorexia was great: it was pretty much the first time that I saw an interview about eating disorders that didn’t have that sensational tone, that didn’t have zoom ins on the person’s body or questions about “skinny models”. Really great work!

A New View of the Moon. Alex Gorosh took a telescope around the streets of Los Angeles to give strangers an up-close look at a familiar object.

Next week there’ll be a new post up here on Featured Mag! See you on Wednesday!

A couple of weeks ago on a Friday night, while singing “Floating, floating, floating…” (think “Rawhide”) to myself, I fought my way through rainstormy Amsterdam towards Koan Float. I’d been meaning to book a float session for years but never did so, until now.

Upon entering the building, I was greeted by an employee who, after I hung up my coat and stashed my shoes in the shoe rack, explained to me how everything works. You’re supposed to float by yourself and completely naked – no bathing suits allowed. Thankfully for the people who are not fans of “being-naked-around-others”, the floating cabins are each in a private, lockable room with a private shower.

I got assigned a room, took off all my clothes, put some vaseline on the small cuts I had on my fingers (I’m a pro at picking at my cuticles), put in my ear plugs (which they recommend you do), took a short shower (this is mandatory) and stepped into the cabine.

After a while, my neck and shoulders started to cramp up. I was warned that this could happen and that there was a rubber floatation ring that I could use as a pillow located in the cabin. I was also warned not to get any of the water in my eyes, but of course I managed to do that anyway: while sitting up to grab the ring, I automatically wiped my wet hair off my face and got some water in my eye. It wasn’t The Worst Pain Ever, but it was unpleasant enough: Not recommended

Back on my float I closed my eyes and for a while there expected to hear the familiar voice of the MRI technician going “Let’s begin! Breathe in… and out… hold your breath… [10 seconds] and continue breathing”, but this stopped as soon as I turned off the lights. Then things went really fast: After what felt like 5 minutes, I heard an actual voice through the intercom gently telling me that it was time to get out of the cabin. I assume I must have fallen asleep at some point.

Once I – carefully! – had gotten myself out of the cabine, I took another shower to get all of the salt off my body and out of my hair. I put my clothes back on and went into the waiting room, where I had some fancy filtered water, after which I – as chill as I can possibly be – travelled back home through a very wet and windy Amsterdam.

If anyone has questions about floating and/or personal experiences with floating, please write them in the comments, either here or on Instagram!

Note: Like all my posts in the “Get out of the house!” series, this activity was booked and paid for by me, after which I got stoked and decided to write about it all by myself.

Next week it’s time again for the monthly round up! See you on Wednesday! 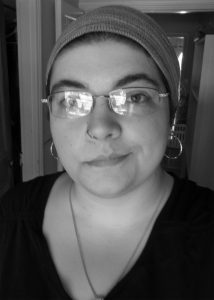 Hello! I’m Jaime Nyx, a fluffy zine reviewer in Australia. I bake, I write books, and do heaps of zine-related activities. I am simultaneously fascinated with and terrified by people. I live with two silly puppers, a cat who thinks he’s a dog, and my partner, Wanderer. As for why am I, I haven’t been able to figure that out just yet.

* Writing and zines are a big part of your life. When/How did you start writing and when/how did you learn about zines?

One of the small but persistent annoyances of my life is that I can’t remember exactly how or when I found out about zines. All I know is that shortly after discovering them, I decided I wanted to join in and started making them. 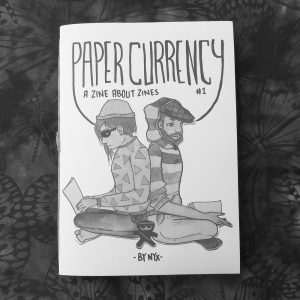 I was a bit shy about sharing my own life and personality out there, so I started with my series Dear Anonymous (a zine of anonymous letters sent to me) and a mini-zine I made in honour of Wanderer’s love of Guinness. Haha. It’s been nothing but love and zine appreciation since.

* Not only are you a zine maker yourself, you also review zines on your website and have recently started a zine podcast. What is it about zines that you love so much?

That is a very good question. It’s hard for me to point at just one thing, specifically – or put it into words, really.

No one makes you make a zine. No one forces you. Yet there are thousands of people all around the world who are picking up their paper and pens to not only create something but share it with the rest of the world as well. People are sharing and communicating in ways that aren’t restricted by age, education, or anyone dictating whether your words are worthy. I think there’s something inherently beautiful in that.

* You also write books. Does your way of planning/writing/editing differ when writing books or do you tackle both books and zines in the same way?

My approach to both is fairly similar in that, when I’m ready to start, I have a stack of sticky notes and scraps of paper that give me a general idea of what I want to write. Also with both, I insist on editing on a print copy. It’s easier to pick up things on paper.

My fiction writing involves considerably more sticky notes and scraps of paper just because of the nature of the thing. With zines, I have a fairly firm image of what the end result will be and how to get there. With novels, I’m balancing plot lines, characters, and so on.

I’m a lot more tense when it comes to writing books than I am when writing zines, though. I have a lot more hang ups about writing fiction than writing about my life, which is a little strange and sad to me. 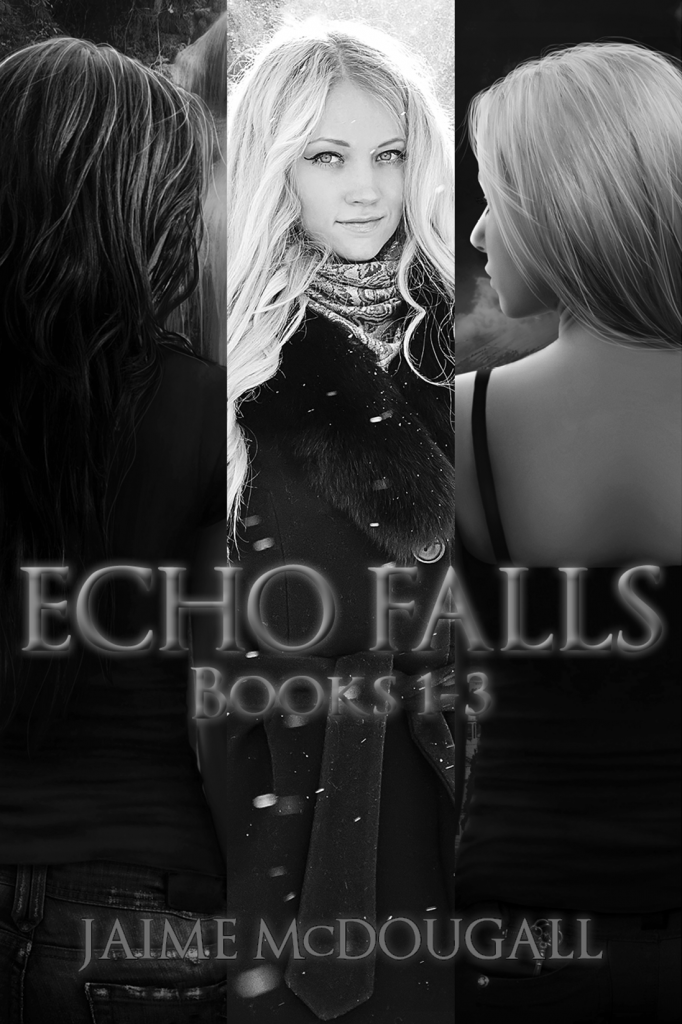 * What do you want to achieve? What have you already achieved?

I feel like I’ve made a good start in helping people to feel encouraged and inspired in their zinemaking – whether they’re starting out, have been doing it for a while, or are coming back to zines after a break. I’d like to think that Sea Green Zines is now bigger than me and bigger than the blog by itself in that people can see it as a space to discover other zines, find tips (though I could definitely do more of those posts), and (with some more work) see it as a good resource in the zine world. There’s also the Instagram and even the podcast (and video cast) to go along with it.

That being said, I don’t have a firm view of what I would like to achieve from here on out. Upward and onward? I want to keep doing what I’m doing, but I’m not quite sure yet what ‘bigger and better’ looks like.

Next week’s “Get out of the house!” will be about my floating adventures –  in the dark. See you then!