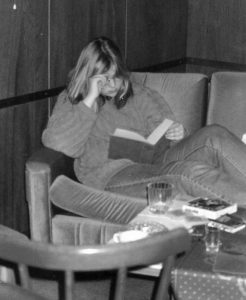 I am Daphne. Reader, crafter, scanner of slide frames, day dreamer and listener. Because that’s just what I do.

Words, language, and books play a big role in both your work and private life. How did this come about and what is it that attracts you to it?

Words are everything. That might sound dramatic, but without words you can’t think nor communicate. The more precise you are in your language, the clearer your message comes across. I don’t mean to say that you should take yourself super serious though, everything in moderation please.

I only became aware of the power of words when I learned to read when I was five. How, by putting letters in a certain order, words emerge and that with those words you could make sentences. And that others did this in a way that created another world, that by reading I was able to access. A moment of silence, a moment outside of the “real world”. I loved it then and I still love it now. I also feel very much connected to other people that love to read. I can’t imagine a world without words: written, spoken, or sung. They enable me to empathise with others. And I literally can’t live without Wikipedia.

You also do a lot of creative things: baking, crafts and DIY. Is that something that runs in your family of origin or is that something you discovered later? What does creativity mean to you?

Everybody in my family crafts in one way or another, but they’re mostly into the so called “soft crafts”: textiles. My grandmother had a spinning wheel and used the yarn she made to knit or crochet big sweaters; I don’t think she even used a pattern. My mother is into poking things: she embroiders. My sister makes clothes for her children.

I’m not into those things at all. I like to cut, fold and tear paper, I like to paint and glue stuff with mod podge, use chalk and then put some words on top of it, that’s what I like. Because apparently even within my crafting practice I can’t do without words.

Crafting and baking brings me a lot of joy. I mean, you could spend entire days in front of the tv, but you don’t end up with anything tangible. Not that producing things is the ultimate goal or anything. It’s more that it’s more fun doing something while relaxing. Because that’s what it does: it helps me chill out. Because despite probably loving words more than the next person, it does get tiring to have a brain that won’t stop. Especially when you’re excellent at thinking yourself into a panic attack. Other people relax when they iron or clean the bathroom, I relax when I’m up to my elbows in bread dough, when I have a ton of glitter on my face or when I’ve got clay stuck under my nails.

You have also recently started a large project: digitising your family’s photo archive. How did you become the family archivist and how do you like this role? Would you like to elaborate on your process?

Like pretty much everything in my life, this also happened by accident: After my grandmother passed away last December, I told my parents that I would scan her collection of slide frames. At that time, I figured I had a general idea of how much work that was going to be.

Oh how wrong I was! There are eight cardboard banana boxes in our living room right now, full of slide storage boxes. Each of those slide storage boxes contains two slide trays, containing a hundred slides in total. All of the boxes are filled up to capacity. 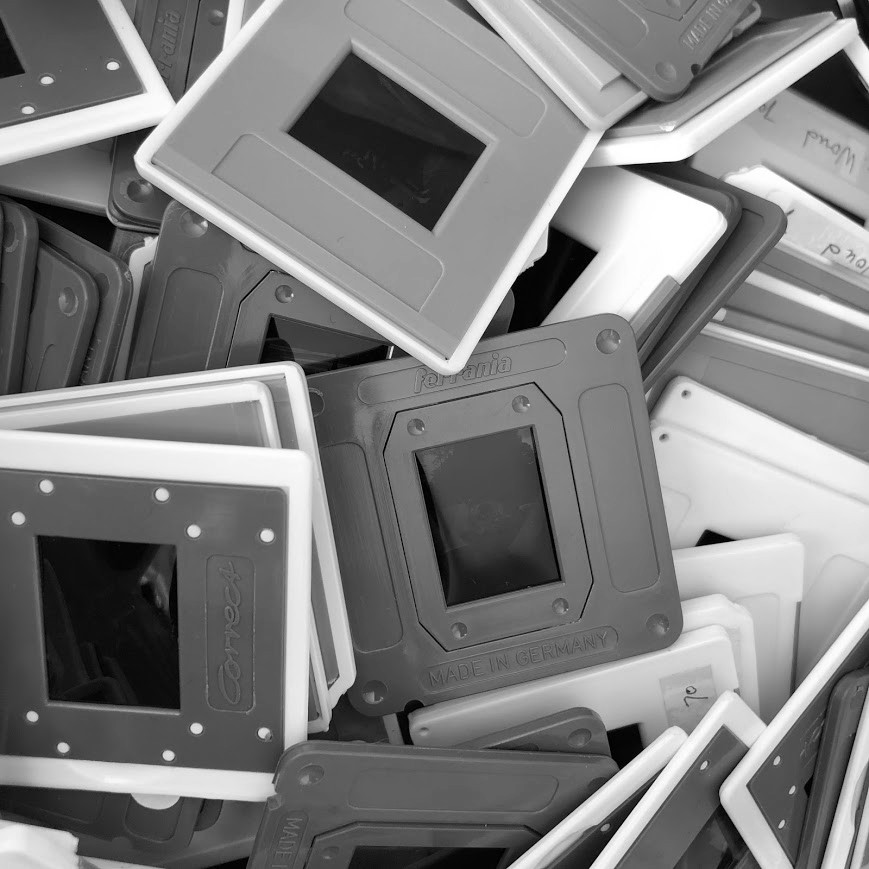 I still have to work my way through twelve thousand slides – which means I have gone through quite a lot of them already. Thankfully, I don’t have to scan them all. Landscapes, waterfalls, churches, fountains, dogs, flowers, trees, cows, sheep, geese, still lives, apples, cherries, tents, cars, streets full of tourists: all these slides go in the trash immediately. According to the local recycling rules, slide frames are considered non-recyclable waste, the slide storage boxes however are supposed to be taken to the recycling facility, where they will be recycled with other plastics.

I start off by checking what’s in a slide tray with the Agfra Diamator, and then decide if the slide is to be scanned or not. So I either throw the slide away or mark it with a piece of washi tape (by year) and put them in a new slide tray. I spend about two to three hours, four times a week on this project. I try to switch between slide frame triage and the actual scanning. If I’m lucky, I manage to scan about 50 slides in two hours. Which means that, if all goes well, I could be done with this project sometime in winter 2022. How I like this role of curator? I’ll let you know eventually.

What would you like to achieve in your life?

Except for seeing the day that I scan my final slide? I would like to be content when I close my eyes at the end of my life. To know that I have done something good somewhere along the way. It doesn’t have to be anything grand and spectacular, but just having made a difference. In a positive manner of course.

And I want to make a radio play. At least as good as “Bob”. It’s been a dream of mine for about 20 years that I haven’t managed to realise just yet.

Next week’s post will be about the hand lettering workshop I did last month! See you then!

I hate "Africa" by Toto

"Hand lettering with chalk" workshop at Dille & Kamille in Amsterdam