When, as an Andy Warhol-phase-d teen, I first got a hold of Interview Magazine, my life changed and was never the same again. It’s hard to explain nowadays, with 24/7 internet connections and “everything available on demand at all times” being the norm, how things were back then. Even I have a hard time reimagining how those days felt, and I lived them.

Getting a hold of a foreign magazine – from New York no less! – in 1992, in a mid-sized city in the mid-eastern part of the Netherlands was like trying to acquire a relic, like winning the jack pot, like getting a letter from NASA telling you that, yup, you’re going into space.

I paid seventeen guilders and fifty cents (which according to google would add up to about 17 dollars nowadays with inflation and such) for this out-sized magazine printed on newsprint stock. For comparison: a Penguin paperback would set you back about 10 guilders in those days. The cashier at the newsstand looked at me like I had lost my mind, but having grown up in this mid-sized city in the mid-eastern part of the country, I was used to people looking at me that way.

My obsession with magazines had started way before in 1986, when my mother’s co-worker gave me the December issue of Cosmopolitan, saying: “I think you’ll like this”. And I did. But my obsession with interviews started with Interview Magazine. I went on to do interviews for the school newspaper, the other school newspaper, zines (then referred to as “leaflets”) and finally the neighbourhood magazine. While brainstorming for categories to feature on Featured Mag, my first scribble was “Interviews!!!”.

We start off with an interview with somebody who I know quite well: me! 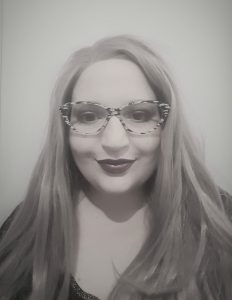 I am LP, writer of words, gluer of things onto other things with Mod Podge, bulk consumer of washi tape and shooter of shots (as in pictures). Why? Because it enables me to canalise my non-stop thinking into something tangible, which is immensely gratifying. These days, not much of what we do is physical anymore, everything is quite elusive, which is why I enjoy creating things that Exist. On top of that, I am extremely goal oriented, and I like having “proof” that I’m productive. And while I’ve been trying (for years!) to change my mentality in regards to this, I still haven’t quite mastered the whole “Enjoying the process”-thing. It’s like I once said during a writing workshop: “I don’t like writing, I like having written.” I’m sure it comes as no surprise that I am a huge “To do list”-freak.

What do you want to achieve?

If I, by having a conversation or writing a zine/blogpost, am able to reach people and have one person take something from that that influences/helps them in their life, I will have reached my life goal. Life to me is a quite complex and often unpleasant situation. What I do love about it is how we as people influence each other in almost subconscious ways.

Despite it having the status of a yearbook quote, Chuck Palahniuk’s “Nothing of me is original. I am the combined effort of everybody I’ve ever known,” from his book “Invisible Monsters” is an absolute truth. There are so many things in my life that I do/make/think, that I consider to be completely “my own”, but that upon further introspection turn out to be completely influenced by others. It fascinates me how implicit this process is, and how every person amalgamated all the input they receive into something completely new/ “their own”, and if something I said/wrote/did ends up in somebody’s amalgamation, my existence will have been useful.

What don’t you understand?

Hatewatching. Why would you spend your time, energy and (especially nowadays with lots of content being an #ad) money on something you hate? Other things I don’t understand: all “phobias” that aren’t phobias but just sheer hatred of specific groups: racism, homophobia, xenophobia and Islamophobia. And in general, I have a hard time understanding people who get hugely upset to the point of sometimes even violence, over things that factually have zero impact on their own lives. In short: I have a hard time understanding people who have no concept of “When it’s not about you, it’s not about you” and “logical thinking”.

And on a lighter note: I don’t understand people who don’t listen to lyrics. Who LOVE the song “Africa” by Toto. Or who feel that “Shape of You” by Ed Sheeran is the epitome of romance. Or who get all warm and fuzzy when listening to that monstrosity by John Mayer about how fathers need to be good to their daughters for John’s sake, because he doesn’t want his love life ruined once he inevitably dates them. I’m quite sure he’s the type of person who doesn’t grasp the concept of sometimes, things not being about you.

What do you understand?

Cats. Classical ballet. Fundamental curiosity and the quest for knowledge.

What did you discover recently?

That not everybody can reproduce an entire song including the lyrics, even backwards, after hearing it four times. I thought everybody was able to do that, and never understood those quiz segments where everybody looked all serious and focussed once they had to guess a piece of music played backwards. I always thought people did that for comedic effect.

What would you tell your younger self?

That apparently not everybody is able to play songs backwards in their heads. That the more you learn, the more you realise that there is so much more to learn. That you will never ever, no, not even “when you’re older” understand some things, but that your dream of living in a library so that you can have all the knowledge at your disposal, even at night when you can’t sleep, WILL come true. Even better: there will be a time in which you will be connected 24/7 to pretty much everything in the world through a small apparatus as big as a compact photo camera. And you can even use it as a phone!

Next Wednesday’s post will be the first in the “Get out of the house!”-series. Hope to see you then!